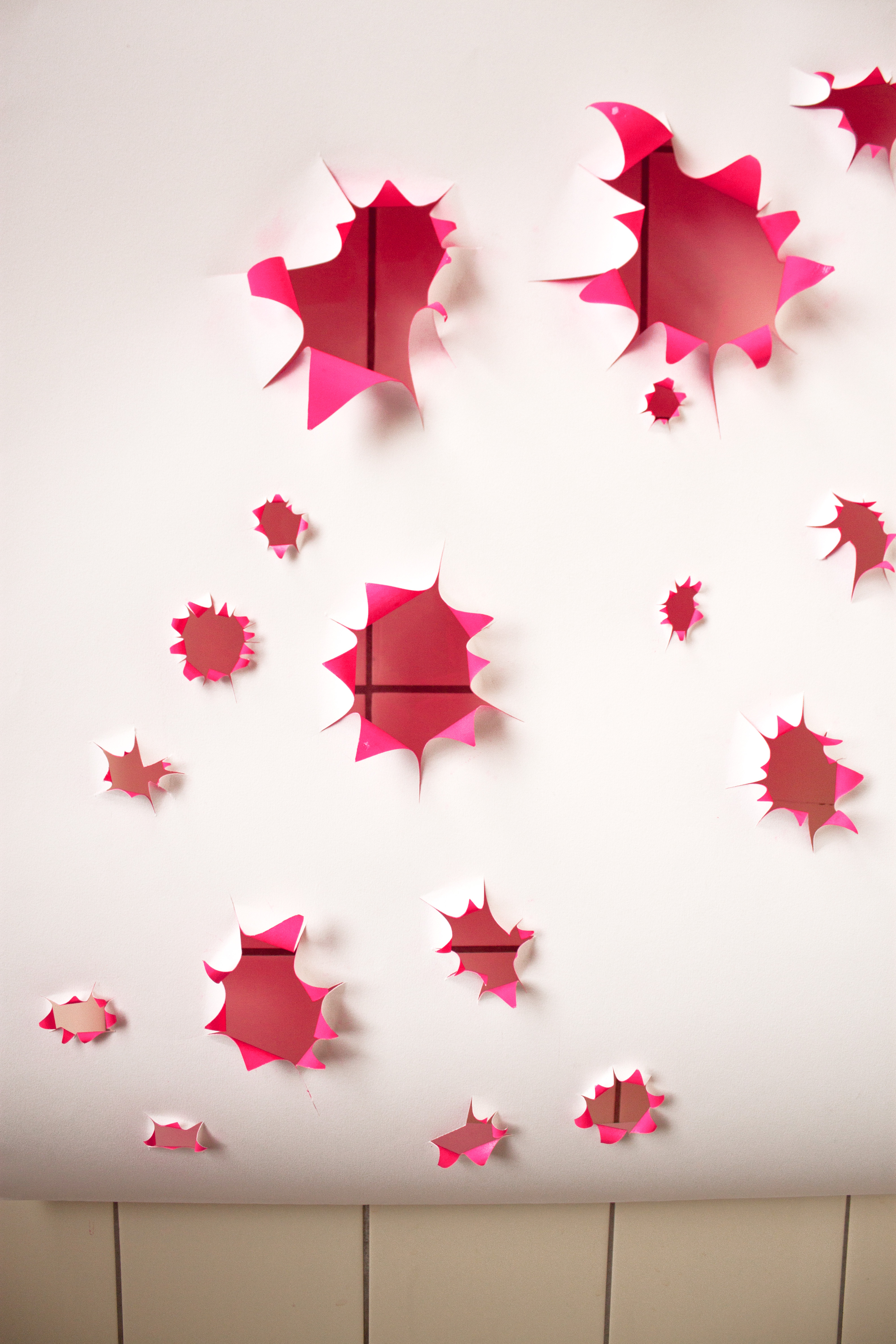 During 10 days in Luxemburg, 100 students from 12 countries worked in different workshops to create an exhibition for 6 hours.

My project deals with different aspects of migration; it discusses the approach of an uninvolved person. The observer is confronted with a sleek surface as a cover, which is broken through and leaves a ragged hole. To see behind the cover, the viewer has to take a risk by looking into the hole to face the problem.

Behind the surface he will recognize a typographic analysis of the feelings and the changes in the life of an migrant, as well as the illustrative and abstract realization of his behavior and outer appearance. From the native’s point of view, he looks like a foreign creature that has to gain his place in society. Situations and problems in which the migrant will be confronted are displayed in different stencil fonts. The technique causes an undefined and sporadic edge of the color, which contrasts with the stainless surface. The luminous color provokes the curiosity of the viewer and emphasizes the importance of the subject.

The project, which was developed during the Visual Art Workshop, is spread all over the Kreatiffabrik to visualize the increase of the migration problem in Luxembourg.

PREVIOUSAquarell Birds
BACK TO ALL PROJECTS